Grandview Washington is centrally-located in Eastern Washington with world-class transportation facilities that make major markets such as Seattle, Spokane and Portland -- as well as points further away -- easily accessible.

Interstate 82 runs directly through Grandview, which connects our community to the  largest cities in the Pacific Northwest each being 185 miles away.

Grandview is located strategically within the growing Pacific Northwest. Our city is equidistant (185 miles) from Seattle, Spokane and Portland, Ore. We are only 40 miles (40 minutes) from the larger service-based cities of Yakima and Tri-Cities (Richland, Kennewick & Pasco).

Highway travel to Grandview is quick and efficient via Interstate 82. Located within 45 minutes are two regional airports providing commercial and connecting service throughout the nation.

Two municipal non-commercial airports are situated within seven miles of Grandview. The area is served daily by the Central Washington Railroad.

The opportunity to ship products to West Coast ports through the renowned Columbia River System is available to industry via the Port of Pasco in nearby Tri-Cities.

Additionally, Grandview is served both by a highly effective and efficient short line railroad that connects to the Burlington Northern Santa Fe mainline in Eastern Washington, providing rail access to the entire nation. 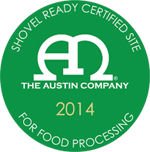 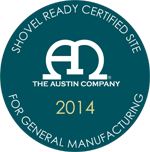